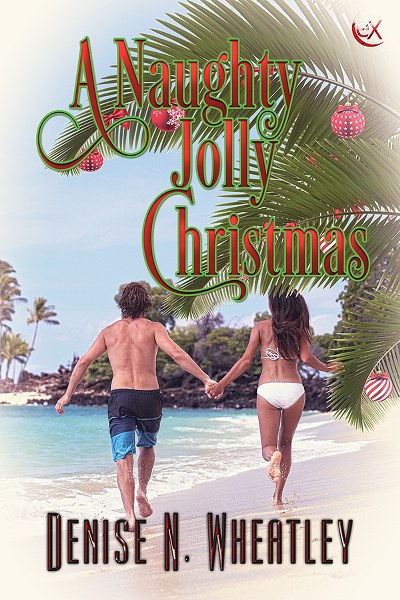 Sasha Williams is an African-American public relations powerhouse who’s
come a long way from the tough streets of Chicago to glamorous Los
Angeles. While she loves her LA life, she hasn’t forgotten her
roots and always goes back home to celebrate Christmas with her
tight-knit family.
This year, however, Sasha’s holiday plans are nixed when she’s forced
to accompany her sexy, notoriously naughty new client, Drake
Lancaster, on the press tour for his upcoming Christmas movie.
Sasha’s furious, yet finds herself overcome with lust when Drake strolls into
her office. She’s surprised, considering she’s never dated a
white man. Drake’s attraction toward her is just as intense, and
the pair partake in a hot, steamy sex session right there in her office.
Despite Sasha’s promise to keep things all business during the press tour,
their sensual trysts heat up even further while out on the road. In
the end, Sasha must decide whether their cultural differences, along
with her secret painful past and Drake’s playboy reputation, are
worth her risking her heart and career—especially without knowing
whether this is the real thing or a racy fling.
Add to Goodreads
Amazon * B&N * eXtasy Books 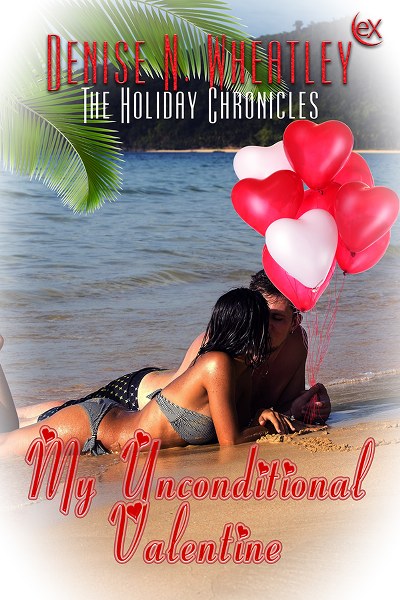 Interracial entertainment industry it couple Sasha Williams and Drake Lancaster
are still going strong. Her impeccable publicist skills have kept him
on the A-list, helping Drake land the lead role in a major
Valentine’s Day movie. When filming wraps, the couple plan on
heading to Cabo San Lucas, inviting both their families along to meet
for the first time.
But plans go astray when Drake reverts back to his bad boy ways during
filming and gets into a huge altercation with the director. He’s
booted from the movie and replaced by Mitch Morrison, a hot young
African-American actor who’s recently taken Hollywood by storm.
While Drake struggles to repair his image, Mitch hires Sasha to help manage
his burgeoning career. The move infuriates Drake, but Sasha insists
it’s a great business opportunity. She doesn’t realize Drake’s
threatened by Mitch’s good looks and charismatic personality and is
worried the pair will bond over their African-American heritage.
The stress of it all puts a strain on the couple’s relationship,
especially when Mitch admits to Sasha that he’s developed feelings
for her and she realizes the sentiments may be mutual. With the
pressures of Sasha and Drake’s rocky union continuing to mount, the
anticipation of their families meeting, and Sasha’s elusive
affections towards Mitch, the couple can’t help but wonder whether
their once booming relationship is about to crash. In the end, they
must figure out whether their love is strong enough to withstand
these challenges and carry them through this Valentine’s Day.
Add to Goodreads
Amazon * B&N * eXtasy Books 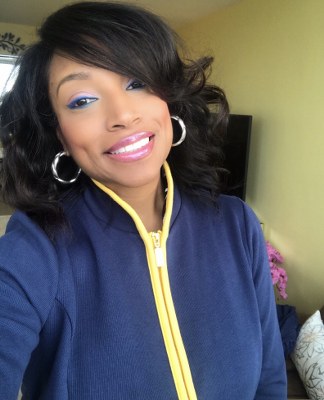 Denise  N. Wheatley is a lover of romance, happy endings and the art of
storytelling. She used to cry as a three-year old child when her
mother read to her because she so badly wanted to read the books
herself! Once she learned, Denise constantly had her nose in a novel
(especially the ones she’d sneak from her mom’s bookshelf). She’s
been writing for as long as she can remember and draws inspiration
from Chicago, the city where she was born and raised, as well as Los
Angeles, which is one of her favorite places in the world. Denise has
published several books and novellas with Simon & Schuster, Red
Sage Publishing, eXtasy Books and independently, has written
screenplays and teleplays, and has ghostwritten for some of your
faves. When she isn’t sitting behind her computer, you can find
Denise in a movie theater, on a tennis court, watching true crime
television or chatting on social media.
Website * Facebook * Twitter * Instagram * Bookbub * Amazon * Goodreads