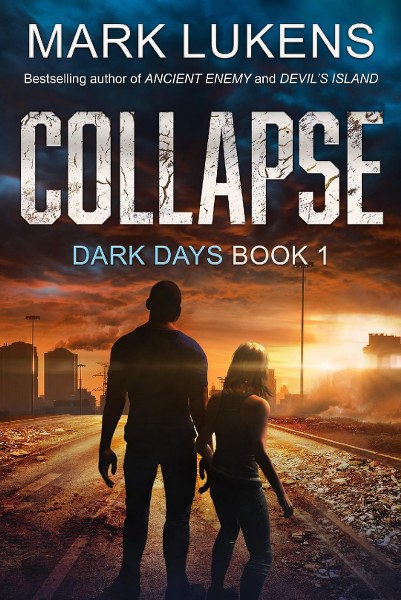 It started with rumors of a plague that turned people into flesh-eating predators. The governments of the world and the media tried to suppress it, but little by little the truth got out. The economy had been in a freefall, banks closed, protests turned into riots, people began hoarding and panicking. And then on a Friday morning, the collapse came.
After the government office where Ray Daniels works shuts down, he just wants to get home to his wife and kids. On his arduous journey home, Ray gets a call from Craig, his supervisor, inviting him and his family to his home where the answers to the collapse and the Ripper Plague are waiting for him, but the phone call breaks up and Ray only hears the word Avalon.
When Ray gets home to his family, the TV stations have been replaced with a loop of the President of the United States declaring martial law. The electricity and water are shut off soon after that. They hole up in their bedroom for the night – they have no weapons, little food, and no information about why everything collapsed so quickly.
After Ray’s neighbor, Helen, holds a secret meeting to try to fight back against martial law, she asks Ray to help her blind daughter Emma, promising that Emma can help him and his family find the way to Avalon. But what is Avalon, and what does Emma know about it?
Hours later, after soldiers in gas masks take Helen away, Ray has no choice but to flee with his family. Society has crumbled within the last twenty-four hours. Hordes of flesh-eating infected are loose on the streets. The police and military are doing their best to fight back, but they are losing the battle now. The collapse is here, and Ray wants the answers that Craig has, but he must keep his family alive first.
Goodreads * Amazon 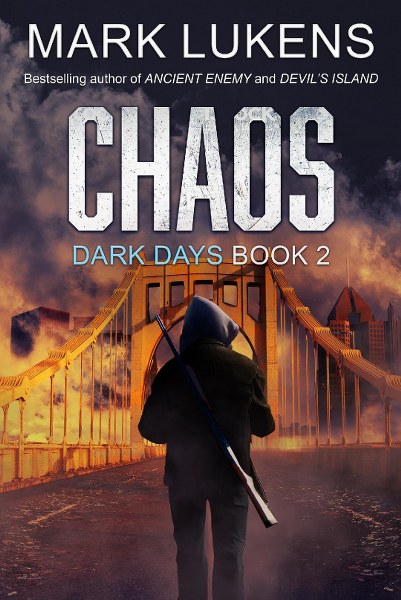 Josh Hooper has always been a screw-up. He’s done his share of jail time and has battled drugs and alcohol throughout his life. But since moving to Pittsburgh with his sister, Josh has gotten clean and turned his life around . . . just in time for the apocalypse.
As society begins to collapse on a Friday morning, Josh drives into the city to get some lifesaving medications for his nephew. When he tries to avoid the mass of panicked people and gridlocked traffic downtown, Josh is arrested, beaten, and detained.
Josh and some of the other uninfected are taken to a FEMA camp miles outside the city as the Ripper Plague continues to spread. They are taken to the camp for their protection, but Josh soon realizes that the camp is not what it seems to be . . . he believes terrible things may be happening there. Not only does he need to get back to his sister and nephew, but he needs to escape the evil brewing in the camp.
At night, while making his plans to escape, Josh dreams of a beautiful blind woman who calls to him, inviting him to head south to join her and others. And there’s someone else in his dreams, a man in the shadows with eyes that shine in the darkness, an evil man who will try to stop Josh and the others. But Josh can’t worry about people he sees in his dreams, people that he convinces himself aren’t real, because even though the chances of his sister and nephew being alive and uninfected are dwindling, he has to try to get to them.
Goodreads * Amazon 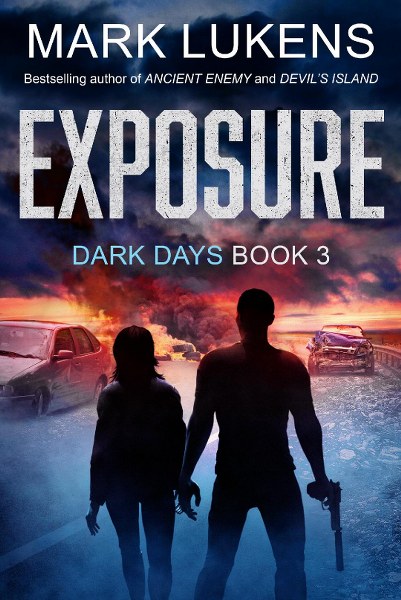 Luke is not a nice man. He’s not a good person. But he’s a fighter . . . a survivor. A former MMA fighter who was sent to prison for attempted murder, Luke is accepted into a crime family run by Vincent, and during his years there he’s trained in weapons and the art of delivering pain.
When civilization collapses, Luke is sent to protect Vincent’s brother and his family. Luke finds the family slaughtered and the brother responsible, already infected by the Ripper Plague. After killing the brother, Luke knows he needs to flee the city. But with martial law declared and Vincent vowing revenge, sending the assassin who trained Luke after him, Luke’s chances of getting out of the city don’t look very good.
But Luke won’t give up, and with help from a woman who’s nearly as skilled and deadly as he is, Luke finds himself heading out of the city, on a new path, a journey south. In his dreams, Luke has seen a beautiful blind woman calling him south to be with her and the others. But there’s someone else in his dreams, a shadowy man of pure evil who is amassing an army to collect and control all the food and dwindling resources left behind. Not only will Luke and Wilma have to contend with the hordes of rippers on their journey, but they will have to run right through the shadowy man’s dark army.
Goodreads * Amazon 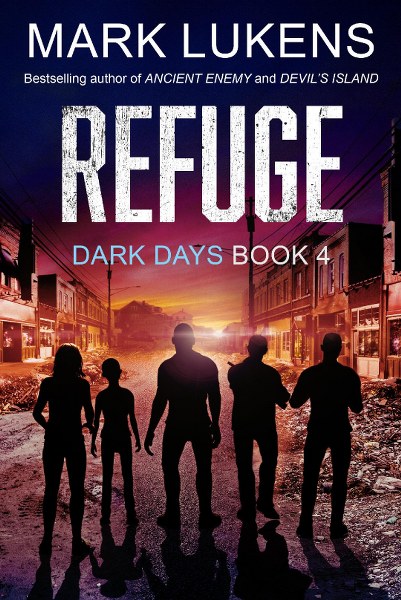 Ray, Emma, and Mike are on their way to Doug’s cabin in the woods, their hope of refuge, when they drive into a trap in a small mountain town in West Virginia, a trap set by the Dark Angels, a gang controlled by the shadowy man they’ve seen in their dreams, the man who calls himself the Dragon.
Just when things are bleakest, Josh helps save Ray and the others. Josh is shocked when he sees Emma, the woman he’s seen in his dreams, the woman who has helped him along the way. And Josh has also seen Ray and Mike in his dreams. And he’s seen Luke and others. He knows that they are all meant to be together . . . if they can survive.
Miles away, Luke has made his way south from the Camp, but he gets trapped in the small town of Heaven, West Virginia, hunkered down in a building, the place surrounded by Dark Angels. But Luke has weapons and ammo to hold them off for a little while. A Dark Angel calls out to Luke on a megaphone, trying to convince him to surrender and promising that he has a surprise coming for him.
After a nearly-deadly encounter with a horde of rippers, Ray drives Josh, Emma, and Mike right into the battle in Heaven, West Virginia. And soon they are banded together with Luke. But now they are trapped together, making plans to escape, as the surprise the Dark Angels have promised comes into town.
Will they make it to their refuge, the cabin in the mountains? And if they do, is the refuge truly the safe place they’ve been dreaming of . . . or is it even more dangerous?
Goodreads * Amazon 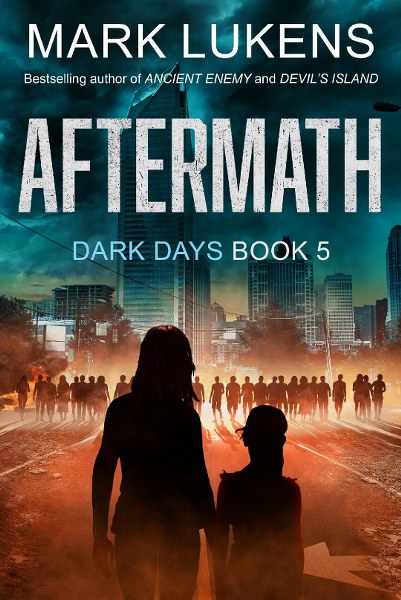 Kate Crawford’s world was shattered when the Collapse came. It seemed like one moment she was a university professor of Anthropology, and the next moment she was hiding in her home from the Ripper Plague, tortured by nightmares of a shadowy man with shining eyes. And then the Dark Angels came to her neighborhood, marking front doors and searching homes – she had no choice but to leave.
She planned to travel west, back to her hometown in the mountains of North Carolina, back to an oppressive family she vowed never to return to . . . but she has nowhere else to turn now.
Before she can even make it out of the city, she’s stuck on the roof of a building with a possible madman, the streets below overrun with tens of thousands of rippers. But she knows she needs to get out of the city, because the blind woman in her dreams tells her to head west, telling her that there are others like her, that they will all be together . . . they just need to find each other first.
Goodreads * Amazon 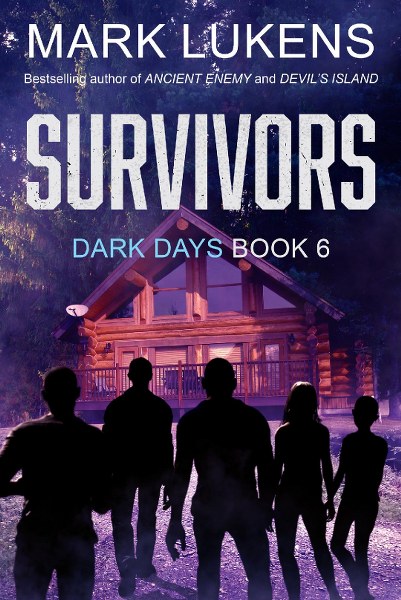 Ray, Mike, Emma, Luke, and Josh think they’ve found their refuge at the West Virginia cabin, but it all falls apart when Luke finds tracks in the snow at the edge of the woods. Someone has been watching them. A ripper? A Dark Angel? Someone else? Soon they find their stalker, a young woman, but is she who she says she is? Can they believe her story?
To the south, in North Carolina, Lisey brings a horde of rippers to Kate’s parents’ home where Kate, Brooke, Petra, and Max are holed up. They don’t have time to pack their truck as they try to get away from the mob of rippers. But even if they get away, they don’t realize that something is waiting for them in the shadows of the woods just down the street.
Each group faces its own challenges, yet they are getting closer and closer to coming together. They need to be strong because the Dragon and his evil forces have ramped up their game, herding them where he wants them, ready for the final attack.
Goodreads * Amazon 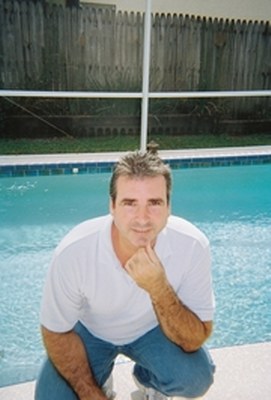 Mark Lukens has been writing since the second grade when his teacher called his parents in for a conference because the ghost story he’d written had her a little concerned.
Since then he’s had several stories published and four screenplays optioned by producers in Hollywood. He is the author of many bestselling books including: Ancient Enemy, Sightings, Devil’s Island, The Exorcist’s Apprentice, Followed, and more. He is a member of The Horror Writers Association.
He grew up in Daytona Beach, Florida. But after many travels and adventures, he settled down near Tampa, Florida with his wonderful wife and son … and a stray cat they adopted.
He loves to hear from readers! He can be found on Facebook at Mark Lukens Books, on Twitter @marklukensbooks, and you can follow his blog at http://www.marklukensbooks.wordpress.com. He can be reached by e-mail at mark@marklukensbooks.com.
Website * Facebook * Twitter * Bookbub * Amazon * Goodreads